Technological advancements are happening all over the world. Technology has been an integral part of modern society, bringing us access, convenience, and connection to everything and everyone. There are some cities around the world that had more technology access than the rest of the world. These cities that can be considered as ahead of the curve in terms of technology acceptance and immersion.

10 High-Tech Cities You Can Travel

Here is a list of ten High-tech cities around the world, where you can travel for your tech adventures.

Seoul is the economic powerhouse of South Korea, producing 21% of national GDP while occupying less than 1% of the land mass. Seoul is home to tech giants such as Samsung and LG. This high-tech hub has intelligent CCTV cameras which can detect trespassing and high-tech street lamps which broadcast audio and give wireless internet access.

Stockholm is the startup capital of Europe and the fastest-growing tech hub in Europe. While most of the rest of Europe has been in the financial doldrums since 2008, Sweden has seen accelerating growth. Stockholm is home to some of the successful entrepreneurs such as Martin Lorentzon of Spotify, Niklas Zennström of Skype, and Daniel Ek of µTorrent.

Hong Kong is the financial hub of Asia and offers one of the highest internet speeds in Asia.Hong Kong is also one of the easiest places in the world to start a business. The government routinely funds innovation, giving away over $1.8 billion for science and technology R&D since 2011. This city is becoming more futuristic; at some schools, students even check-in by the fingerprint scanner.

San Francisco , The Bay Area is home to companies such as Apple, eBay, and Tesla. It is a massive tech hub. Rising to prominence during the 1990’s dot-com boom when thousands of startups launched in the city, San Francisco is renowned for its technology, as is nearby Silicon Valley: the global center of the IT and tech industries. Despite the Valley’s importance, many companies have been relocating to San Francisco as their worker’s clamor for a more vibrant, culturally-rich environment.

Singapore is home to research centers for many global companies such as Microsoft and Google. Singapore gives its citizens free high-speed internet. It also uses sophisticated technologies to charge residents based on the amount of time they spend on a toll road.

Beijing’s economy has largely moved past the industrial model; its economy is now 77% service-based, largely in finance, retail, and information technology. China’s Silicon Valley is Zhongguancun in the city’s northwest, home to both start-ups and established tech giants such as Lenovo, Google, and Microsoft’s new Chinese research headquarters.

Tokyo is one of the most popular technologically advanced cities in the world. It is home to popular companies like Sony, Honda, Nissan etc. As the host of the 2020 Olympics, Tokyo plans to roll out a variety of high-tech features including driverless taxis and an artificial meteor shower.

New York City’s Silicon Alley is one of the strongest in the world, garnering over $7.3 billion worth of venture capital investment in high-tech. The city is even undergoing a massive fiber-optic telecommunications upgrade and is aiming to become the world’s foremost tech capital, largely supported by the in-progress Cornell Tech: a highly-advanced joint-venture graduate school of applied sciences. 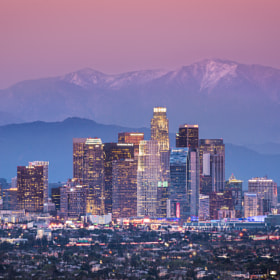 Los Angeles is also the third largest tech ecosystem in the United States, home to 12% of early-stage startups. Growing almost 30% faster than Silicon Valley, Tinseltown also has the highest amount of people employed in high-tech in the country.